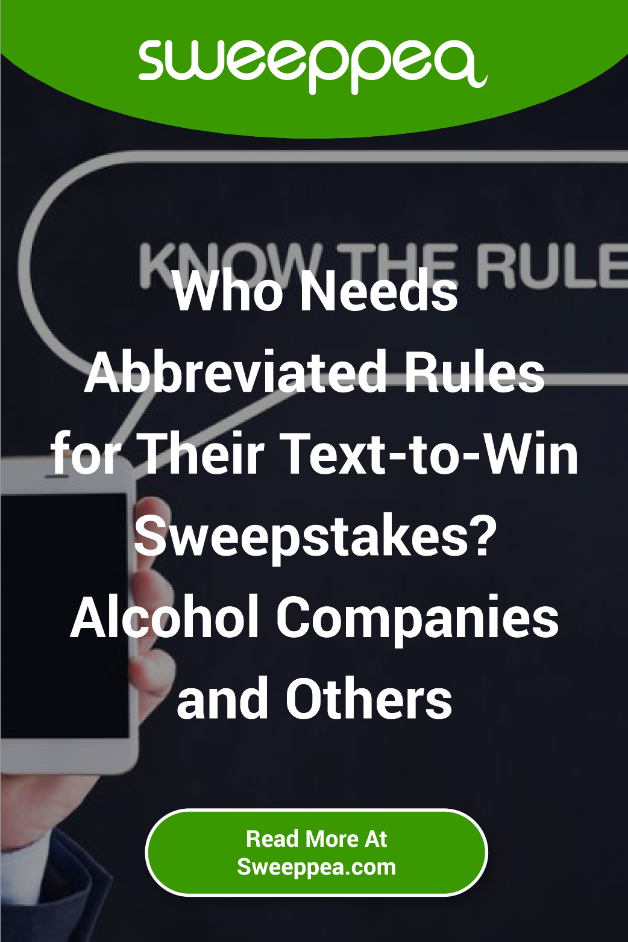 Abbreviated rules aren’t restricted to certain types of vendors. In fact, they are required simply because you are running an SMS marketing campaign. The abbreviated rules must also be made available prior to entry into your sweeps.

Here is the scoop on abbreviated rules so that you know what to include with your sweeps.

For alcohol vendors, there are 7 states that require that your text-to-win abbreviated rules be approved by an Alcohol Control Board. These states are:

One thing you also need to keep in mind that most statutes require that these abbreviated rules appear at a size that is “clear and conspicuous.”

Here are some examples below:

These are just a few ways to write abbreviated rules if you have space restrictions.

Also keep in mind they need to be just as clear as the official rules. So avoid using any abbreviations that use unclear language.

Certain states, including New York, Rhode Island, and Arizona also require that you register your sweep with the appropriate regulatory agency if the prizes are over certain dollar amounts.

While our platform suggests ideas on how to draft abbreviated rules for your text-to-win campaign, you should still consult a lawyer to make sure that you’ve covered all of the bases.

Ready to start a text-to-win campaign with Sweeppea? Take the first step and Reserve Your Sweepkey now.