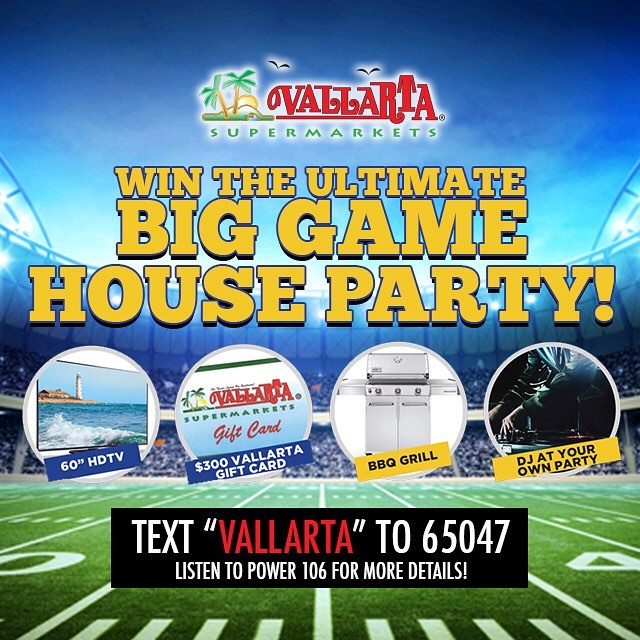 Vallarta Supermarkets offered the makings of a great party during football season and killed it with their sweepstakes.

The prize was a Big Game House Party with a live DJ, a high-end BBQ grill, a flat-screen TV and a $300 gift card.

Running their sweep as a text-to-win made it easy to promote it on the radio. The DJs at Power 106 mentioned it on air and through social media. The company also promoted it through their own social channels and with advertising.

Reserve Your Sweepkey now to get your own campaign started as well.