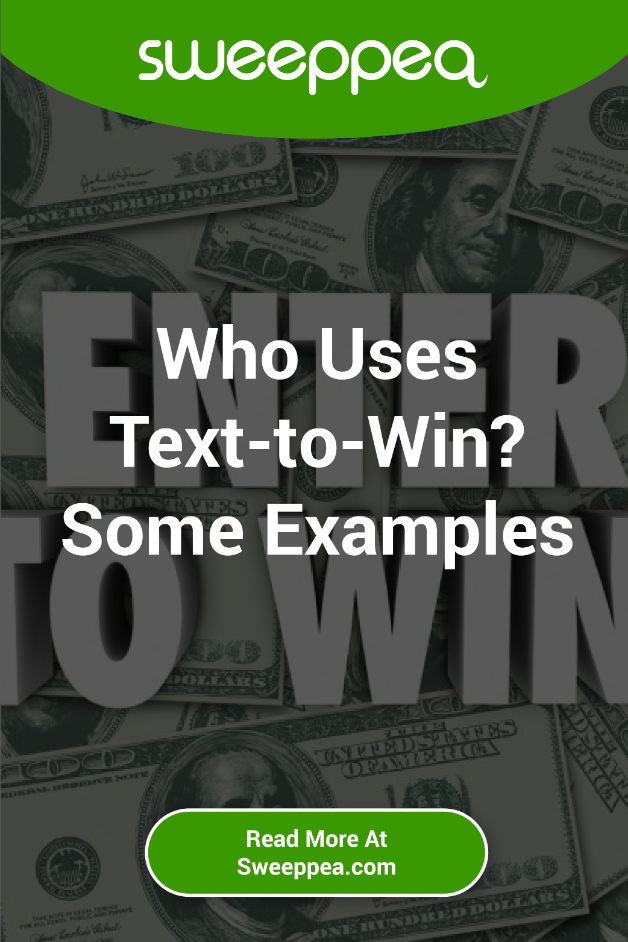 Need a cost-effective marketing solution that will give you great returns on your investment? With a text-to-win campaign you can achieve your business goals, while creating a loyal subscriber base in the process.

But which companies are using text-to-win to get results? They range from retailers and consumer product companies to entertainment venues and sports teams. Even B2B companies can use text-to-win for their sweepstakes.

Rite Aid, one of the largest drugstore chains in the nation, recently did a text-to-win campaign they promoted in-store. Customers had a chance to win a $6,000 weekend getaway and a weekly $100 gift card giveaway by texting the shortcode “HAPPY” to “35350.”

MillerCoors, the maker of the Coors and Blue Moon beers, did a text-to-win campaign last year for July 4th. Customers were asked to text “JULY4” to “70123” to enter the sweepstakes which offered free beer for a year as a prize, as well as, a record player, stereo, and vinyl records.

Charlotte Russe, a popular clothing store for teens, recently started a text-to-win campaign where customers were asked to text “BFF” to “78953” to get one of two discount offers for online and in-store discounts.

The New York Islanders, a New York hockey club, partnered with the NY Lottery for a text-to-win campaign during one of the team’s games. Customers were entered for a chance to win a private suite for up to ten guests by texting “NYLOTTERY” to “232323.”

The Billboard Music Awards is currently running a text-to-win campaign offering a chance to win a trip to the awards show. However, they’ve added an extra twist on the text-to-win campaign model by asking customers to listen to participating radio stations for the keyword they’ll need to enter . By doing so, they benefit themselves and local radio stations as entrants need to listen to the radio to learn the secret keyword.

Build your own loyal following with a Text-to-Win or SMS Sweepstakes campaign! Contact us or call (305) 505-­­5393 for help with setting up your text message marketing.