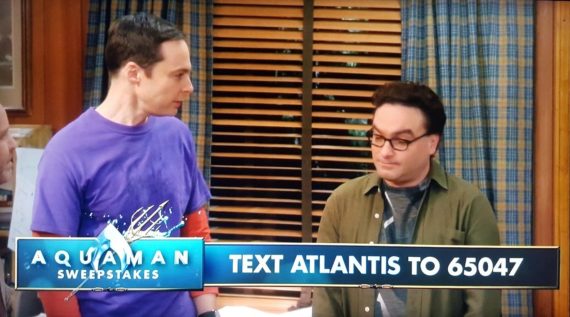 To promote the latest blockbuster superhero movie, a studio used Sweeppea to offer a chance to win tickets. This SMS text sweepstakes ran during episodes of the Big Bang Theory—a great audience match for the movie.

Entrants got a chance to win a trip to California to attend the movie’s Hollywood premiere, as well as daily cash prizes and movie admission tickets.

There were multiple entry methods, including text and web, but the majority (80%) entered via text once they saw the message on-screen. In fact, thousands of participants entered per minute during the airing of the show.

The lucky grand prize winner attended the premiere in Hollywood, while many daily winners won cash prizes and movie tickets.

Overall, it was a highly successful text sweepstakes, that ran on the Sweeppea’s platform.

To get started with your own text-to-win, see our features and pricing.