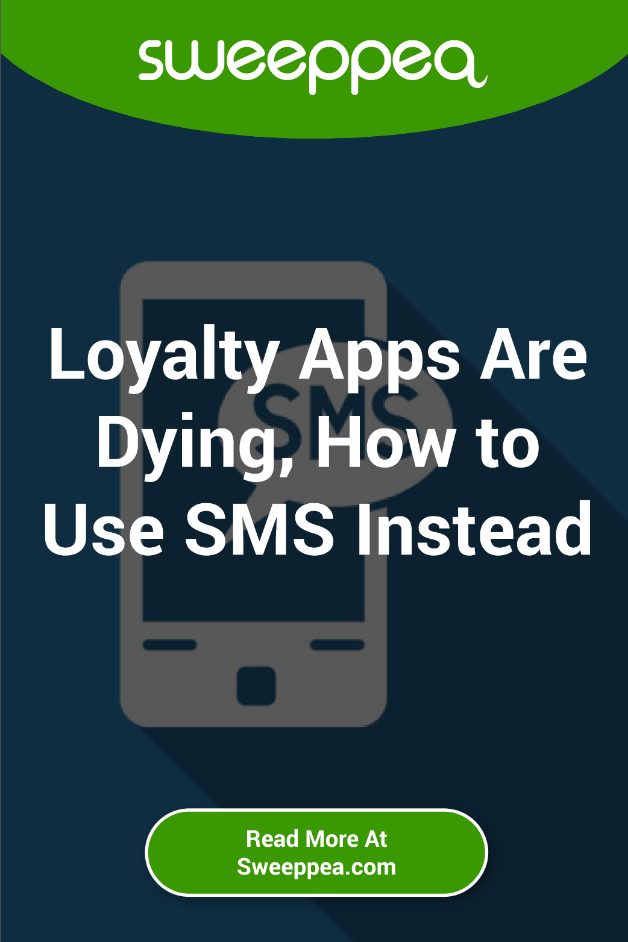 Mobile marketing is a powerful way to reach consumers. However, some brands are using an approach that is rapidly dying out: loyalty apps. Unfortunately, most loyalty apps simply aren’t effective.

Here’s why loyalty apps are dying and how you can use SMS instead.

We hear a lot of local businesses, especially restaurants and retailers, want to create loyalty apps.

However, the truth is that people simply aren’t downloading new apps. Apps take up storage and data, which is something that most users simply aren’t willing to give up to random apps.

App development is also expensive. While the number of drag-and-drop applications for building apps is increasing, a cookie-cutter app won’t be enough to attract users and makes for a rather poor investment of your marketing dollars.

Despite the number of apps that are downloaded to smartphones, the majority of them aren’t even retained for 24 hours. Only 3.2% of iOS apps and 3.3% of Android apps were still actively used 30 days after download, according to a survey done by AppsFlyer.

All these factors indicate that loyalty apps are simply dying out. However, there is a solution: use SMS instead.

How to Reach Your Audience With SMS

By using SMS marketing to promote your brand you can reach your audience without them having to install any additional apps on their phones.

You’ll also eliminate the costs of updates and maintenance that come along with operating an app.

Best of all, you’ll be able to easily determine if your subscribers are engaging with your content without having to deploy any complex app analytics tools.

So how do you integrate SMS with your brand’s loyalty program?

To do this you can simply run a text to win from time to time. A text to win allows you to give away prizes and discounts to your audience while allowing you to build brand loyalty in the process.

Additionally, a text sweepstakes can also serve as data collection method that you can use for remarketing later on.

Build a loyal following for your brand with a text to win from Sweeppea! To get started now, see features and pricing.