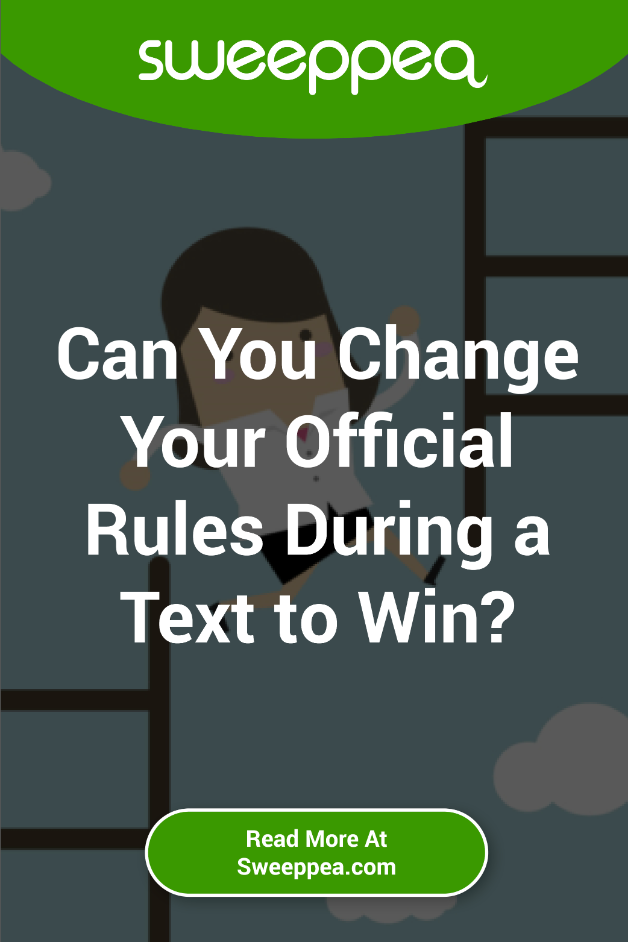 In general, is not a good idea to change the rules for your text to win after it has started. However, there may be certain situations where a rule change might be possible or even necessary.

Here is how to approach a revision to the Official Rules after your text to win has begun.

Consider the Impact on Existing Entrants

If you’re trying to decide whether or not you should change the rules, you should first consider the impact the change might have on those who already entered your sweepstakes.

Here are the scenarios in which you should not change your Official Rules after your text to win has started:

If you have decided that you absolutely must make a change to your Official Rules, because you need to change the end date of the promotion or due to an issue with a sponsor, make an announcement first.

Be Prepared for Fallout

If you’re considering a rules change for your text to win, keep in mind that making changes can have major consequences on your promotion. You also won’t be able to control the negative feedback that you receive if entrants are not happy with your decision.

The best solution is to just make sure that you get your Official Rules right the first time and have a plan of action in place in the event that something unexpected happens.

Sweeppea’s Text to Win Official Rules Wizard can help you get your text to win up and running quickly! To get started now, see features and pricing.